Get your FREE quick tips for success, happiness & realized dreams

What was the most memorable and outstanding thing about the “I Am The Future” Video Shoot?

Mother of three; Brought 5 children to participate in the video shoot

“There were two things about the video shoot that really stood out to me. The first thing was that my oldest daughter who is very shy and had no idea what her “dream” was regarding what she wants to do in life, discovered her “dream” as a result of the video shoot. She told me with excitement, “I know what I want to do when I grow up, Mommy! I want to do what Wendy (Wendy A. Ward, MD – CEO of MPower Productions) does!”. Brenda replies: “You want to be a Doctor when you grow up?” Daughter replies: “No Mommy. I want to be a film director!”

“The second thing was the fact that there were kids of all different races and ages and all of them got along and helped each other.”

Mother of two; Brought both children to the video shoot; her youngest was the youngest participant at age 2

The other noteworthy thing was that all the kids were different nationalities and got along well and helped each other.”

Mother of one; Brought child to the video shoot

“I was most impressed with the unity and cooperation among the children, even though they were all different.”

“What impressed me the most was the unity and support among the youth. Although these kids never met before and were of all different races, the older kids automatically mentored and helped the younger kids.”

“It’s amazing and wonderful that you have young people of all different ages and races, and they all get along. It would be great if the whole world would do the same. The world would certainly be a better place. You are truly amazing putting together and event like this. It’s admirable and positive.”

Mother of one; Brought child to video shoot

“What was most amazing was getting kids that were multicultural and of different ages together and witnessing them all getting along and helping each other. No one would ever believe that these kids never met each other before! This is what the whole world should be like!”

“There were a few things I thought were amazing. One was that it gave the kids an opportunity to do public speaking – an opportunity not many kids get, especially at such a young age. Public speaking is a skill that should be mastered and is less intimidating if it is learned at a younger age.

Also, when the kids were asked what their “dream” was, it gave them the opportunity to organize their thoughts and pinpoint exactly what their dream was and what they wanted to be in life. Interestingly, all the kids were able to formulate their ideas into very attainable goals.”

We offer services as a curriculum, workshop, lectures, keynotes and consciousness coaching for youth and students to arm them with Life Fitness Tools.

We provide a model for educators to optimize their teaching methods and ensure that their subject matter is delivered from a practical life application perspective.

Check out our latest MPower videos on our YouTube channel and get inspired!

See the kids in action as they learn, laugh, and play at various Power events. 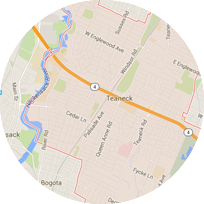